Is it time for some sun in your life? Is the call of the sea getting louder, toes tingling for that soft sand? Give in to the temptation and jump in the car for a road trip from Atlanta to Miami. In no time you can indulge all those cravings and have exciting new experiences along the way.

There is so much to experience on a road trip from Atlanta to Miami, so read on to get the specifics on distance, routes, stopovers, attractions, and best times to travel.

How far is Miami from Atlanta, and how long will the road trip take?

The shortest route from Atlanta to Miami can be done in under 11 hours, but for the full experience, our recommended routes will take you through places of interest that extend the journey to a little longer than 14 hours.

The road trip from Atlanta to Miami that follows the East Coast will take you about 815 miles and 14 hours and 20 minutes to drive nonstop. With a driving time of around seven hours a day, it will take you between two and three days to make this trip, not accounting for any detours.

There is an alternative route that follows the Western coast of Florida which will take you 14 hours and 30 minutes to drive, covering 830 miles. This route also offers optional detours to the Everglades National Park and North Key Largo, which will extend your trip by about 2 hours.

If you are visiting the Everglades and Biscayne National Parks on this route, it is important to note that these places are giant wetlands, so your car is necessary to get there, but you mainly explore the parks by water transportation after that.

The Eastern and Western Routes have tolls, with the Eastern Route traveling through some private road usage with possible restrictions (mainly on the diversions to places of interest), so make sure and check the route status before you go.

Both Eastern and Western Routes are great options for the road trip from Atlanta to Miami. Your choice really depends on your preference; do you prefer a beachy vibe or traveling through diverse and exciting landmarks like the swamplands of the Everglades?

Our Eastern Route will take you through some of the most iconic cities of Georgia and Florida. This route also features some main Florida hotspots, like Orlando and West Palm Beach, where you can see Walt Disney World Resort or feast your eyes on the mansions of the stars.

The Western Route will take you past the gorgeous scenery of the Gulf of Mexico and through the heart of Southern charm before you reach the Southern tip of Florida in the Everglades National Park (if you choose to extend your journey there).

Whichever route you choose, there are lots to do or places to unwind at if you prefer a relaxing pace that will enhance your holiday experience.

Heading south out of Atlanta on Interstate 85, you merge onto Interstate 75 after about 4 miles. I-75 is your main road until you hit Bolingbroke and then Macon, where you continue on to Interstate 16, taking you on to Savannah.

While in Savannah, you will have the option to visit the beautiful Hilton Head Island by crossing into South Carolina and following SC-46 and then US-278.

If not making this detour, taking Interstate 95 south from Savannah will take you through Jacksonville and Daytona Beach. From there you take Beville Road to get on to Interstate 4 for Orlando.

Heading east out of Orlando takes you on to the FL-408 east highway, merging on to the FL-417 south, then the FL-528 East - taking you across the Indian River.

After the Indian River, the road becomes the Florida State Road A1A, taking you past Cape Canaveral, and south until you turn right on to FL-404 west just past Pineda Beach Park.

Turning left onto the I-95 south again just past Grand Haven, you keep on this road until your destination in sunny Miami.

This route can include an extended tour that goes around the southern tip of Florida instead of driving straight to Miami. Or the extended destinations (Everglades, North Key Largo) can be visited as excursions using Miami as a base.

The Western Route follows the same path as the Eastern Route except, on I-75, you turn right at Bolingbroke onto Interstate 475 South and follow the Bypass to I-75 south. You take Exit 99 for the GA-300 road south, the US-41 slip road, and then the GA-33 south.

I-75 takes you past the University of Florida and then on to Tampa. From there, it's east again until you get back on I-75 south via the Selmon Expressway. Once past the Peace River, you take Exit 158 and head for US-41 South, taking you on to Fort Myers and Cape Coral.

Get back onto I-75 south one last time and take Exit 101 past Golden Gate for US-41, which turns east and fringes Big Cypress National Preserve, merging onto Interstate 595 and then the Florida Turnpike/I-95 south and Miami.

If you wish to make a detour to North Key Largo, following US-1 out of Miami will take you directly to the islands of Key Largo.

Alternatively, follow US-1 until you reach Homestead and keep on State Highway 9336 to visit Everglades National Park.

Best places to stop between Atlanta and Miami

On your epic road trip from Atlanta to Miami, there are many places to capture your attention; cities and swamplands, coastal towns, and beaches.

Therefore, your choice of place to stay is an important one, and here are some suggestions we think will enhance your holiday experience:

Thrills and chills at Daytona Beach

Along the Eastern Route, why not take your overnight stay in Daytona Beach, Florida - less than 8 hours from Atlanta halfway through your journey. This gorgeous city doesn't involve a huge diversion off your main route.

For a fabulous stay, we recommend Hard Rock Hotel Daytona Beach. With an oceanfront pool, waterfront stage, onsite cocktail bar, and an onsite spa, this resort will meet all your needs whether you are looking to relax by the poolside or go on party hopping.

You could happily stay in this 4-star resort without ever feeling the need to go out, but if you feel like a wander, give your toes that sand they crave, with the beach just a stone's throw away.

Known for its world-famous Daytona 500 NASCAR race, Daytona's main attraction is Daytona International Speedway. This racetrack opened in 1959 and also hosts Superbike, Motocross, and other types of races.

The Daytona Beach Main Street Pier, located nearby the resort, stretches from the boardwalk far out into the ocean and features a popular US seafood restaurant at the end.

Then there is the Ponce de Leon Inlet Lighthouse Museum just a 10-minute drive away, and the Ocean Center a short walk away from the hotel. Alternatively, you can relax by the quirky pool at the hotel with a cocktail in hand!

Time out in Tampa

Tampa is located a little over 4 hours from Miami on the Western Route, and this vibrant coastal city makes a great stopover with its museums and cultural life. The Sheraton Tampa Riverwalk Hotel is one of the top places you can stay in during your visit to this amazing city.

It's been a long day, you've driven well over halfway to Miami, and you deserve a much-needed break. Well, this is the perfect spot to relax with a good book on your balcony overlooking the Hillsborough River, or at the outdoor pool.

If your adventure radar is still pinging, take a peruse around Busch Gardens. This African animal-centered theme park sits on 335 acres in Tampa. This is the second most popular SeaWorld Park, behind only SeaWorld Orlando.

Alternatively, you can take a stroll along the Tampa Riverwalk. This 2.6-mile trail along the Hillsborough River in downtown Tampa is one of the city's most popular attractions, connecting parks, attractions, and hotels.

Located near the hotel is Amalie Arena if you'd like to catch a game or a show and the Florida Aquarium is a 5-minute drive away. In the morning, you can pick up where you left off feeling refreshed and energized to drive the last third of your road trip.

Where to stay when you reach Miami

Once you reach the dichotomy that is Miami, with its buzzing city, and beachy waterfront existing side by side, a stay at EAST Miami finishes your journey in style.

A super sleek, modern, luxury hotel in the heart of Miami, it has four pools, floor-to-ceiling windows, and a walk-in rain shower in the rooms. Its position lets you enjoy the stunning city views from the 40th-floor rooftop bar.

There is something for everyone in Magic City; Perez Art Museum and American Airlines Arena are located nearby the hotel if you would like to delve deeper into the cultural heart of Miami or catch a concert.

Then there's the South Beach nightlife, where the choice is mind-boggling and the entertainment truly enlivening, making a spectacular ending to your amazing adventure.

Things to see on a road trip from Atlanta to Miami

With such interesting and diverse geography between Atlanta and Miami, the range of places to explore is impressive. Scenery, coastline, and swampland combined with historical and cultural points of interest, all entice you to stop and look.

It would be easy to spend a whole week truly soaking up everything to see, but we have generated a list that will more than appease your curiosity in the two or three days you choose to travel:

The weather in this part of the US, both Eastern and Western Routes, is mild all year because it's a coastal peninsula close to the Caribbean.

Summer is the most popular time to visit Miami with the beaches being so handy and the weather so sunny. Temperatures reach around 90 degrees Fahrenheit, and the rain can be frequent, but the water is warm and shelter is only an umbrella away.

Fall is normally quite muggy, with average temperatures in the low 80 degrees Fahrenheit. However, this is one of the cheapest times to visit Miami as it is not the peak season, and this also means you will avoid the summer and Spring Break crowds.

In the winter Miami can get a bit chillier, but not at all the harsh temperatures you might picture in a temperate winter. Temperatures range from low 60 to mid-70 degrees Fahrenheit.

This means there's no reason Miami has to be avoided during the winter. You may not be swimming in the ocean but there's so much to enjoy that doesn't' require constant sun.

The Miami International Boat Show is one of the largest boat shows in the world and attracts over 100,000 people every February. Everyone is welcome, from boaters looking to purchase their next superyacht to everyday beachgoers looking to enjoy a nice day in the sun.

March is one of the most popular and expensive times to visit Miami as a lot of students come to party for Spring Break. If visiting during these months, expect higher accommodation rates.

If you are braving the crowds and the prices, you can enjoy the Calle Ocho Music Festival in March. This annual tradition is the largest Hispanic festival in the country and celebrates Miami's vibrant Latin and Caribbean cultures on the streets of Little Havana. 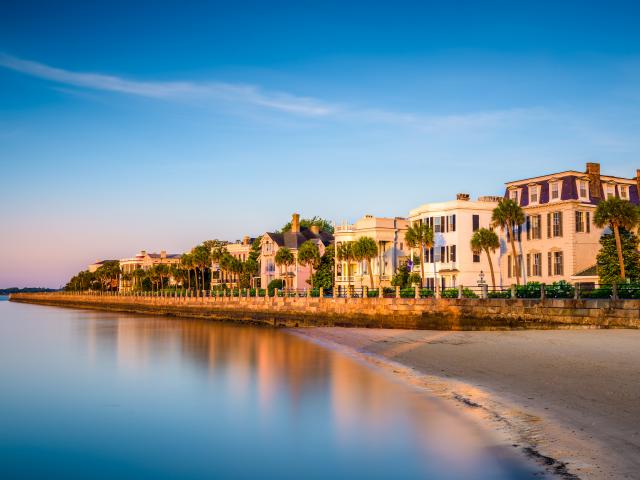 Road Trip From Atlanta To Charleston 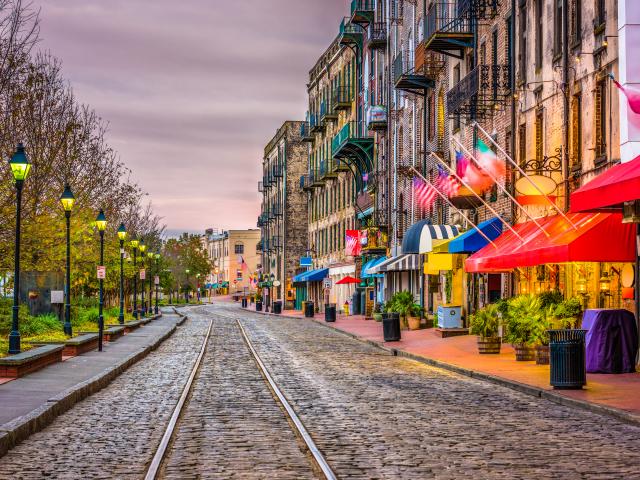 Road Trip From Atlanta to Savannah 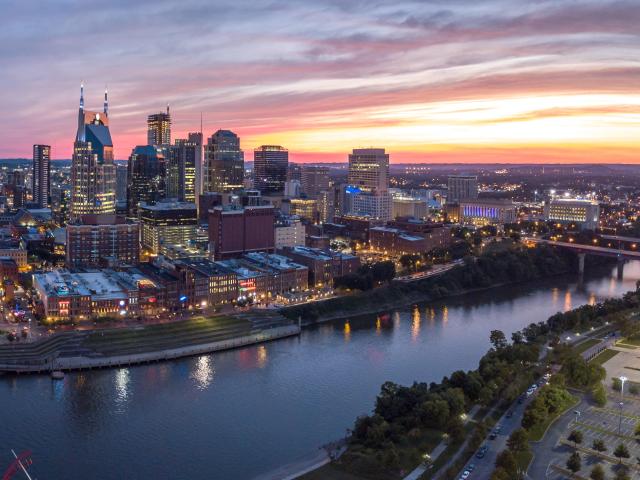 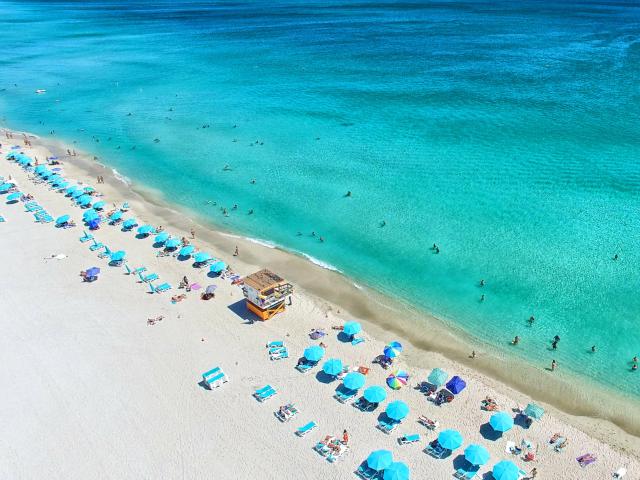 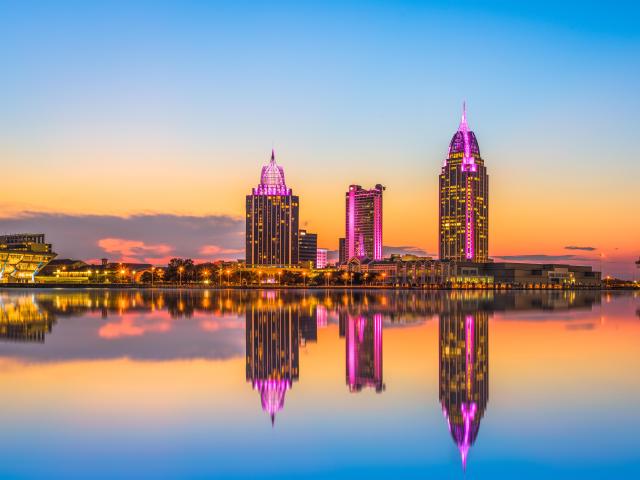 Road Trip from Houston to Atlanta 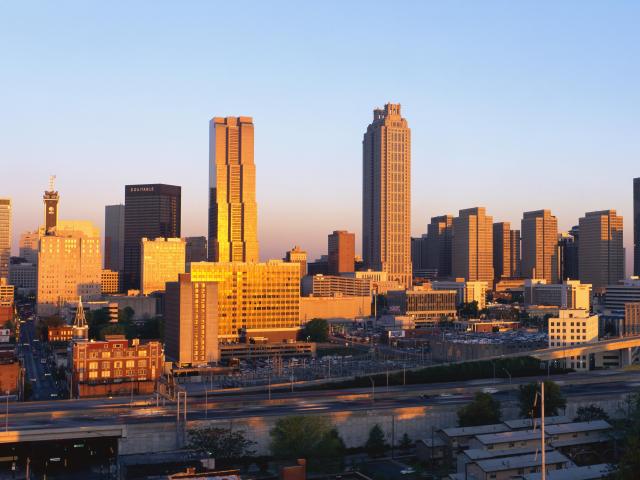 Road Trip from Orlando to Atlanta 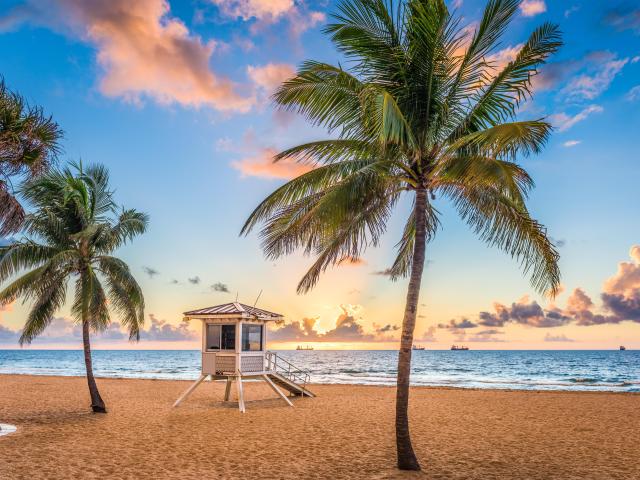 Road Trip from Miami to Nashville