Staten Island, a borough of New York City, is famous for its small-town ambience, which makes for a rare escape in a city as busy as the Big Apple. It's also home to many green spaces, so much so that it's known as the Borough of Parks.

It's possible to drive to Staten Island, but when you factor in heavy traffic and tolls, it is more convenient to take the ferry. This free ferry makes the 25-minute crossing between Manhattan and Staten Island's St George Terminal every 30 minutes.

Read on below to find out about how to drive to Staten Island as well as the other options to travel from the mainland and our tips on the things you need to know while making this trip.

Can you drive to Staten Island?

Staten Island is a borough of New York City, which sits across the water to the southeast of Manhattan. It's the only borough that shares no land border with any other part of New York City.

Although it's possible to drive to Staten Island, the best way to get there is to take the Staten Island Ferry. The toll bridges are expensive, and you have to take a gamble with the unpredictable New York City or New Jersey traffic too.

Traveling by ferry eliminates these concerns. However, you can't drive to Staten Island via the Staten Island Ferry, as it doesn't carry cars or other vehicles.

If you do choose to drive you can get to Staten Island across one of four bridges, three of which connect with New Jersey. The Outerbridge starts in Keasbey, Goethals Bridge in Elizabeth, and Bayonne Bridge in Bayonne. There's also the Verrazano-Narrows Bridge which starts in Brooklyn.

How to drive to Staten Island from the mainland USA

If you're travelling north from Philadelphia or Washington or east from Pittsburgh, the best way to drive to Staten Island is via the Outerbridge crossing from Perth Amboy.

To reach Staten Island from Long Island or Manhattan, the quickest route is usually to head out to Brooklyn, and from there cross the Verrazano-Narrows bridge.

Getting to Staten Island via Ferry

If you're starting your journey in Manhattan you'll need to get to Whitehall Terminal, where the Staten Island Ferry departs. Public transport is your best bet for this, in particular, the subway.

From Grand Central-42 St Station, take Line 4 towards Crown Heights-Utica. There are just 4 stops along the way, so it should be a pretty quick journey. You can also join the subway at Union Square, Brooklyn Bridge-City Hall, Fulton Street or Wall Street.

Leave the subway at Bowling Green and walk to the ferry terminal, where the waiting area for the next departure will be clearly marked.

This route takes around 15 minutes, and you can check the subway operator's website for ticket prices, which fluctuate depending on the time of the day.

Getting to Staten Island via the Verrazzano-Narrows Bridge

If you're starting your trip in Manhattan, you'll first need to head east out to Brooklyn. Your exact route will depend on your starting point in the city.

Assuming you're near Grand Central, first you should join Franklin D Roosevelt East River Drive, and follow it towards Interstate 478 (I-478) and the Hugh L Carey Tunnel.

Next, turn onto I-278 west which will lead you onto the Verrazzano-Narrows Bridge, then cross the bridge to arrive at your destination, Staten Island.

Which route you are following will be the decisive factor in what would be the most convenient bridge to use for crossing onto Staten Island. Keep in mind that while the Staten Island Ferry is free, each bridge has a toll. The table below outlines the tolls for each bridge.

*Price calculated at the time of writing, based on a single journey

How long does it take to drive to Staten Island?

See below to learn about the distance and travel time to reach Staten Island from the nearby major cities and which bridges are the most convenient to use as the crossing point.

It goes without saying that these travel times can vary significantly, taking urban traffic delays into consideration. Leave plenty of time for your journey.

Which ferry port should you arrive at on Staten Island?

Staten Island Ferry docks at St. George Terminal on the north end of Staten Island. There's only one ferry route, so you can't end up anywhere else.

If, like many passengers, you're only taking the ferry journey for the fabulous and free views of the Statue of Liberty, you can exit the ferry and immediately rejoin the line for the return trip.

However, it's worth sticking around as there's plenty to see and do on Staten Island. Seeing as you'll be travelling by foot though, you'll need to use public transport to see other parts of Staten Island.

If you're arriving at St. George Terminal, you'll be well-placed to spend some time exploring many of the island's best attractions. You can explore St George's historic district, or visit the Alice Austen House, Franklin D. Roosevelt Boardwalk and Staten Island Zoo.

The other attractions in the vicinity include the Oldest House in Staten Island, Garibaldi Meucci Museum, Snug Harbor Cultural Center, Fort Wadsworth, and Postcards, the September 11th Memorial.

Visitors using the Verrazzano-Narrows Bridge will also be able to see most of these attractions pretty easily, as the bridge brings you to the same side of the island. In fact, Fort Wadsworth looks out over the bridge.

Taking the Outerbridge Crossing means you'll arrive on the south side of Staten Island. You should aim for this part of the island if you want to visit places like Princes Bay Lighthouse, North Mount Loretto State Forest, Seguine Mansion, Wolfe's Pond Park, Bloomingdale Park, Clay Pit Ponds State Park and the Conference House.

Things you need to know about driving to Staten Island

While the New York block system is straightforward to navigate on foot, driving in the Big Apple is anything but. You'll meet traffic throughout your journey and during rush hour, it gets even worse.

Once you arrive in Staten Island, you can explore its different neighborhoods a little more easily by car compared to arriving on foot.

On the North Shore, you'll find Clifton, Stapleton, St George and Tompkinsville. These are the most urban areas of Staten Island. Here you can visit the historic districts of St George and St. Paul's Avenue-Stapleton Heights, both featuring Victorian architecture.

The East Shore has the Franklin D Roosevelt Boardwalk, the 4th largest in the world. The boardwalk is 7 miles from St. George Terminal and even closer when driving across the Verrazano-Narrows bridge.

Here are our top tips when it comes to preparing for a drive to Staten Island:

Things to see once you reach Staten Island

Once you've arrived in Staten Island there's plenty to see and do, on top of enjoying the view back across to Manhattan. Whether you're interested in history, nature or culture, there's something for every traveller on the island.

It's down to you whether you choose to drive to Staten Island or leave the car behind on this occasion and take the iconic ferry trip. Whichever way you travel, you'll be rewarded with a break from the city rush and plenty of green spaces. So, what are you waiting for? Make your way over to Staten Island to explore! 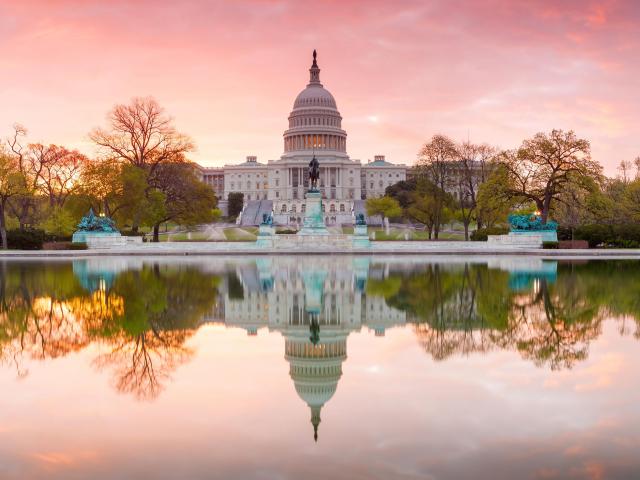 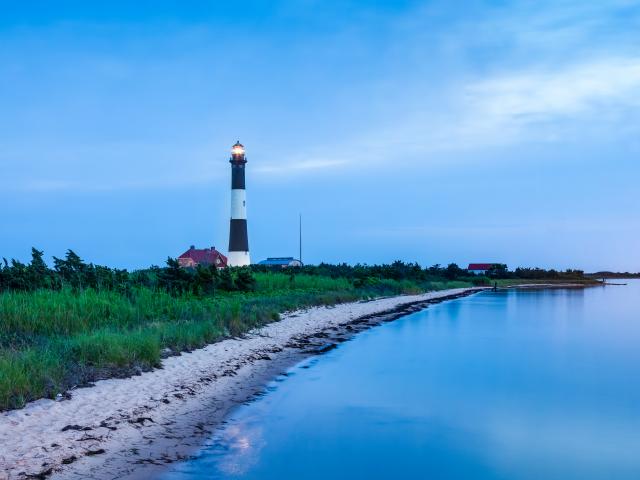