If you're looking for an impossibly beautiful and exciting journey, crossing lakes and passing mountains and stunning national parks, then a road trip from Montreal to Banff is one you should seriously consider.

There are loads of other great places to see along this epic road trip, ending at Canada's highest settlement. Keep reading to the end to learn all about them, plus our top tips on where to stay along the way and the best time of year to travel.

How far is Banff from Montreal and how long will the road trip take?

With a minimum distance of 3,650km (2,270 miles) and taking at least 38 hours, a road trip from Montreal to Banff is not one for the faint of heart and is best split up over at least a week.

That will still leave you with a reasonable chunk of driving per day but makes it a little more manageable, while providing ample time to enjoy the attractions along the way.

There are two main options for a road trip between Montreal and Banff. A Canada-only option, which covers 3,800km (2,365 miles) and takes 40 hours. This route makes the most of Canada's stunning scenery, lakes and mountains and avoids crossing the border into the US.

Our alternative route takes 39 hours and covers a distance of 4,048km (2,515 miles). While not hugely different in terms of distance, this option does involve crossing the border, therefore you will need to remember to bring the correct documentation and proof of identity.

If you aren't put off by the logistics of crossing into America, you will gain some extra attractions and be able to include some iconic cities into your journey, including Chicago.

The Canada option for our road trip from Montreal to Banff will pass through five of Canada's six most populous provinces, along the length of the American border. You'll travel from Quebec, through Ontario, Manitoba and Saskatchewan, before arriving at Alberta.

Alternatively if you have chosen to cross into the US, your road trip will include several fantastic cities, including Detroit, Chicago, Minneapolis and pass through North Dakota and its abundance of national forests and parks before passing through Calgary and to Banff.

Both routes include a great number of fantastic places to visit and are a similar length in terms of travel time, so whichever route you decide to travel on, you'll be guaranteed an incredible road trip.

Set out north on Quebec Autoroute 20 and take it to Sainte-Agathe-Des-Monts, where it will merge with Route 117. Continue north and stop to take in the stunning scenery at La Verendrye Wildlife Reserve.

Continue until you reach the Ontario border, before briefly switching to the Trans-Canada Highway and then again to Highway 11. You will pass some pretty towns such as Cochrane and Hearst and have the option of a detour to Nagagamisis Provincial park, otherwise your next stop will be Thunder Bay.

Head west on Highway 11 through Quetico Provincial Park before arriving at Emo, on the Minnesota border. You could cross the US border here and visit Voyagers National Park, or take the Trans-Canada Highway and head north.

You can take an overnight stop Longbow Lake and spend some time viewing the stunning local area, before heading back on the road and changing to Highway 17 which will take you into Manitoba.

Before arriving at Winnipeg, the capital province of Manitoba, you'll merge back onto the Trans-Canada Highway 1, heading west. There are a few detour options on this section of the route, including Riding Mountain National Park and plenty more Canadian towns.

Finally you will arrive in Calgary, a city that's worthy a stop if you have time, otherwise you'll continue on a short distance before arriving at your destination of Banff.

Take ON-401 west from Montreal, passing Kingston and Toronto alongside the beautiful Lake Ontario and Lake Erie before crossing the border and arriving in Detroit, the first of many great US cities.

Past Ann Arbor, you'll merge onto Interstate 94 as you travel through Michigan before heading west on I-90 and arrive in Chicago - an ideal first overnight stop.

Continue heading west on I-90 as you pass Wisconsin Dells. Keep right and take I-94 west before arriving at Minneapolis St Paul. A short drive on and you have the options of visit White Earth Reservation or Leech Lake Reservation.

At Jamestown, you will head west on the US-52 as you drive through North Dakota before crossing back into Canada and merging onto SK-39 heading north.

At Moose Jaw, you'll rejoin the Trans-Canada Highway west through Canada's beautiful mountains, before passing Calgary and onto Banff.

Best places to stop between Montreal and Banff

With around 40 hours of driving on either routes on the road trip from Montreal to Banff, you will definitely need to make a number of overnight stays along the way.

There are lots of fantastic places to stay for either routes, but the below are the places that you'll definitely not want to miss:

If you've opted to take the Canada Route, then a stop at the most populous city on the shores of Lake Superior is a great option. Thunder Bay provides possibly the best selection of things to do nearby, while also being conveniently placed, around 17 hours into your journey (just short of half way).

Thunder Bay is a beautiful city with stunning views of the lake, but its proximity to a number of the best attractions along our route also makes it the perfect place to stay.

Beyond the aforementioned Lake Superior, you have Isle Royale National Park, Quetico Provincial Park and, slightly further away, Voyageurs National Park, all located in the surrounding area.

For a trip centred around such naturally beautiful locations, the Delta Hotel by Marriott Thunder Bay is the ideal place to stay while you're in town. Beautiful and modern, this centrally located hotel has the most stunning views of the lake from its terrace.

After exploring the local area, you can relax at the hotel or enjoy dinner at the hotel's own restaurant, or take part in a spot tennis court. As well as a fantastic location, the hotel also offers free parking.

If you chose the America Route road trip, then a stay in Chicago is just too good an opportunity to miss. Just under 14 hours from Montreal, this city would make an excellent second day overnight stop, before continuing on your road trip to Banff.

Chicago, on Lake Michigan, is among the largest cities in the US. Famed for its bold architecture, it has stunning skyscrapers as well as being renowned for its museums, including the Art Institute of Chicago.

But there's more to Chicago than buildings. Set on Lake Michigan, on the five Great Lakes, it also offers some beautiful views and the chance to enjoy the beaches along its shoreline.

Being a large city, there's a lot of options for overnight stays in Chicago. But for luxury, location and style, you can't go wrong with a stay at the Embassy Suites Chicago.

This hotel, which is a 14-minute walk from the beach, is located in the River North district and is a super stylish and modern hotel with all the amenities you could possibly want. Relax in the indoor pool or enjoy a meal at its Italian restaurant, before retiring to your room and taking in the superior city view.

Be warned through, with such a brilliant hotel and a fabulous location in Chicago, you might just want to say an extra night!

Just a short (90 minute) drive from your destination, Calgary in Alberta is a great option for a city stop no matter which route you have opted for. Known as a beautiful city with a population that is friendly and inviting, Calgary is a place that you feel at home in within minutes of arriving.

The cosmopolitan city, with numerous skyscrapers, has plenty of nearby attractions to keep you entertained. Spend some time at the world-famous Calgary Zoo before visiting the iconic Calgary Tower or just enjoy its great culture and history.

When it comes to accommodation, there's no better place to stay than The Fairmont Palliser. This 4-star hotel is located right in the heart of the city and offers a stunning view of the Calgary Tower itself.

After a long drive and several days on the road, The Fairmont Palliser's indoor pool and hot tub will be a welcome relief, while the onsite bar and restaurant area are an ideal way to unwind and recharge. This stunning hotel is a perfect way to see an almost perfect city.

Things to see on a road trip from Montreal to Banff

A road trip from Montreal to Banff is a journey that spans a large portion of southern Canada. Covering so much of the country's most populated area, it's a route that provides plenty of locations containing history, culture and natural attractions.

If you are pressed for time, below is a list of some of the best places to stop at, depending on your route choice:

With a road trip from Montreal to Banff taking you to one of the most beautiful locations in the entire world, there's really no bad time to visit.

However, as a location that can vary drastically in terms of weather throughout the year, there are two distinct periods that represent the best times to visit, depending on what you're looking for.

For those looking for an exhilarating, action packed holiday, skiing, snowmobiling or exploring the snowy forests and mountains, late November to early March will provide the greatest snowfall and coldest temperatures.

That said, with temperatures in some parts of Canada reaching as low as 7 degrees Fahrenheit in December, you might want to pack plenty of extra layers. The ski resorts are likely to be busy during December to March, so booking hotels in advance is also a must.

If you're not a fan of the colder weather and would rather enjoy a relaxing vacation strolling through the forests or boating across Banff's numerous lakes, then visiting in the height of summer, during June and August, will provide you with the best weather conditions.

Finally, you could consider booking your trip to coincide with one of the areas best festivals, Calgary's Stampede. One of the world's richest rodeos and one of Canada's largest festivals, the Stampede is an annual 10-day event held in July and will certainly guarantee a memorable visit. 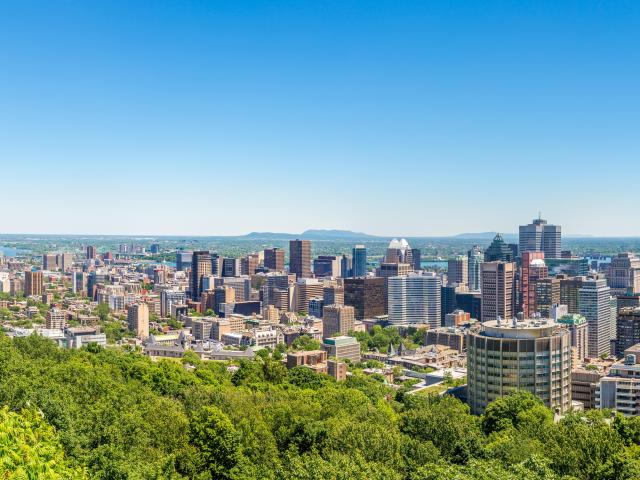 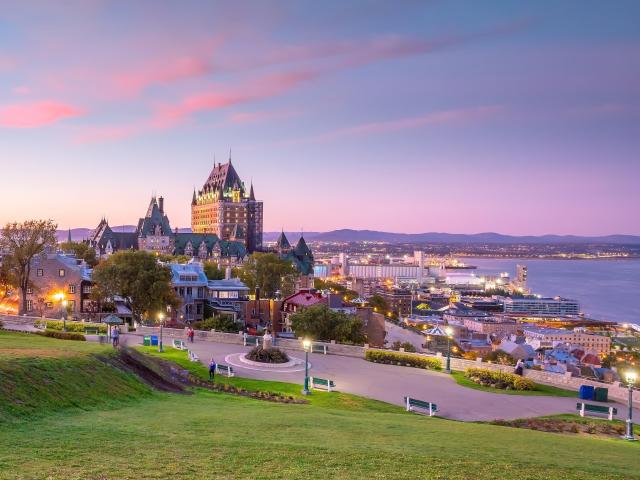 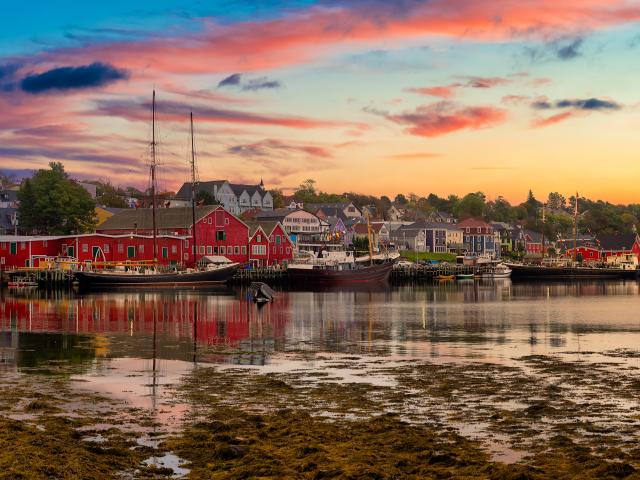 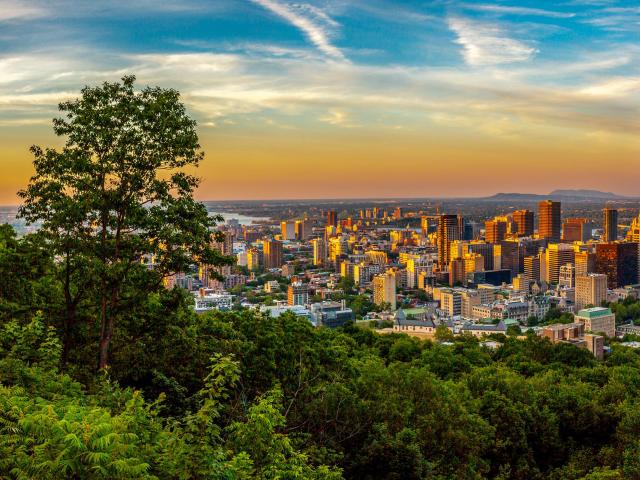 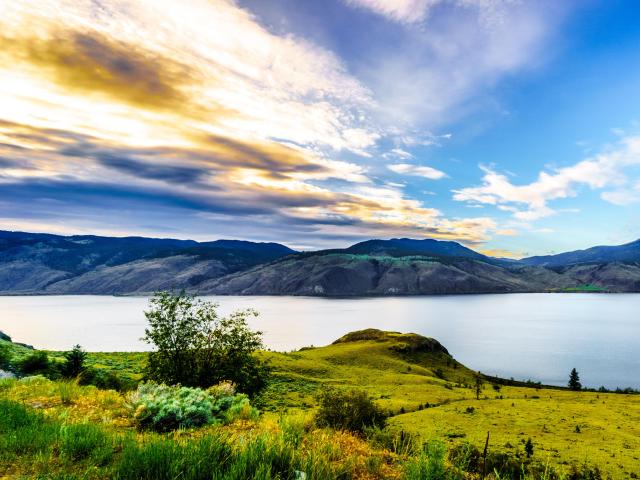 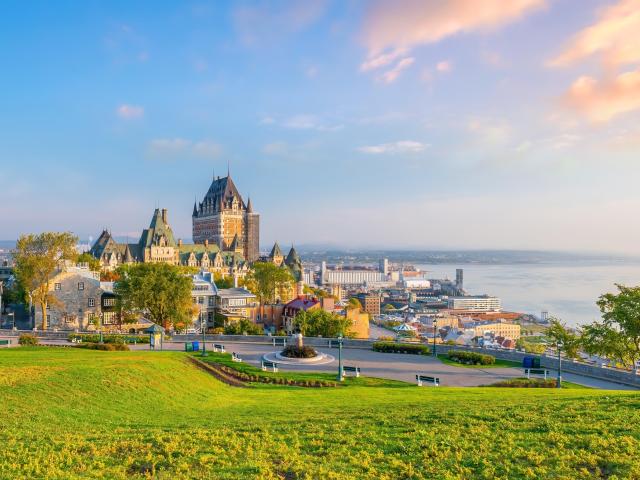