Portland is known for amazing things to do outdoors, funky and weird neighborhoods and its beer but when is the best time to go to Rose City?

The best time to visit Portland is from June to September when the weather is warm and dry and the music and beer festivals are on. The roses bloom through the summer months, so book early as this is also the busiest time of year for tourists.

Read on to find exactly when the best months to come to Portland are and to see our month-by-month guide to the best events and festivals.

The summer months and early September are hands down the best time to visit Portland whether you're looking for good weather or want to attend the many festivals and events in the city.

The only real downside of visiting Portland in the summer is that hotel prices are higher and more people tend to come from June to September, but it's not a big deal.

Summer months from June to September offer the best weather in Portland with the sun shining and the skies clear, and long warm days.

With the sun rising before 5:30 a.m. and setting at around 9 p.m., it's perfect weather for exploring the city or going on a hike nearby.

Best time to visit Portland for Exploring the Outdoors

June to September to catch the best weather and the numerous events hosted in the city along the Willamette River with Tom McCall Waterfront Park seemingly hosting a festival every week.

Hiking near Portland and exploring some of the amazing nature around is best when it's warm and dry.

Best time to visit Portland for the Beer

Portland is famous for its beer and has one of the most vibrant craft beer and ale scenes in the country.

There are 75 breweries in the city of Portland and this number is growing every year with local versions of fruity Belgian beers to cloudy wheat ales on tap all over town.

The best time to visit Portland to dive into the beer scene is either in September and October or June and July.

The fresh new batch of beer grown using this year's crop can be tried at the local breweries from mid-September on or come earlier in the season when the Portland International Beer Festival and the Oregon Brewers Festivals come to town with hundreds of local, national and international beer makers turning up.

December to January are the cheapest months to come to Portland.

Flight and hotel prices are at their lowest as the tourist season hits its annual low.

The weather is also wet and miserably cold, so you have to weigh up whether the cost savings are worth it.

Portland sits in the Willamette Valley - one of the most prominent wine regions in western USA.

There are a huge number of wineries up and down the valley including a few located in Portland itself with bars and tasting rooms.

You can try the local wine all year round but there are special events through the year that are great to attend.

Memorial Weekend in the Wine Country (May) and Wine Country Thanksgiving (November) are perfect as over 130 wineries open up their cellars and wine tasting rooms for special events.

Best time to visit Portland for the restaurants

Going to Portland from July to mid-September is great if you want to catch the restaurants and bars opening up their yards and setting up tables outside in the sunshine.

Best time to visit Portland for Concerts and Music

The summer months are the best time to visit Portland for concerts and music.

A number of places host outdoor concerts and events through the summer including the Oregon Zoo Summer Concert series as well as festivals such as the Waterfront Blues Festival and the Cathedral Park Jazz Festival, which both happen in July.

Best time to visit Portland for Families and Kids

Any time from May to September will work well for those visiting with children.

The crowds in Portland are higher in the summer, but the great weather makes up for it and the kids will love seeing the city in its best light with the sun shining.

The outdoor seating at restaurants makes stopping by as a family a whole lot easier and the kids will love the festivals and summer events more than trudging through museums or being indoors.

If you want to avoid the tourist crowds, come to Portland between November and March.

January and February tend to be very quiet with few people about. Tourist numbers are low in November and December but the festive season draws out the locals to venues and shops around the city.

Just remember that the weather in Portland during the winter months will be cold and can be a bit miserable. Which is precisely why there won't be many people about.

The summer months are the hottest and driest in Portland and this is the time when tourists flock to visit the Rose City.

Neighborhood festivals, summer concerts and the Farmers' Market are all on during the summer which, combined with the beer festivals draws the crowds.

The busy tourist season is not as bad as some other locations and you should be able to book at reasonable rates if you look two or three months in advance. The tourists and hotel rates come down a fair amount after the Labor Day Weekend.

The weather is reasonably warm and the rainfall is still much lower than in the winter which makes spring and fall months moderately popular with visitors to Portland.

September tourist numbers tend to be a little higher as the weather stays very warm but the numbers die down considerably by the time October arrives.

The two main draws for tourists over shoulder seasons are the flower blooms and the rose season in particular starting in the middle of April and the fall leaves that come in October.

The winter months and adjoining parts of late fall and early spring and cold and very wet. Rain can be persistent and can go on for days in the middle of the winter which means the tourist numbers are at their lowest.

A lot of activities and things to do around Portland are focused on the outdoors. Many festivals and events happen in the city's parks and on the Willamette River, so the winter months are relatively quiet.

Hotel prices are at their lowest in December and January with these months traditionally seeing the fewest tourists.

When to visit Portland - Month by Month Guide

January in Portland is cold and the winter rains continue to fall with over 6 inches of rainfall (or snow) through the month.

Snowfall is rare, but the strong winter winds can make it feel very cold and bring changing weather day to day.

February remains cold and wet, although rainfall drops from the highs of December and January.

Daytime temperatures increase to average highs of 50.8°F (10.4°C) with night-time frost melting in the afternoon.

While March remains relatively cold and wet, the frosty nights that last from December to February finally disappear.

Expect variable conditions with some days breaking 60°F (16°C) while others sitting just above 40°F (4°C).

April is a transitional month with mixed weather and a big difference between the start and end of the month.

Rainfall continues reducing although it will still rain every other day. Daily highs may reach into the 70s (above 21°C) towards the end of the month as flowers begin to bloom.

Rainfall is lower than earlier on in spring, but there will still be plenty of wet days so pack an umbrella.

May events in Portland

Summer arrives in earnest in Portland in June. daily highs average at a consistently warm 72.9°F (22.7°C) and you should expect some days to break into the high 80s (above 30°C).

Rainfall eases off with around 5 days of any meaningful precipitation during the whole month of June and the summer fog that affects much of the Pacific coast is not a thing in Portland due to its inland location.

The beautiful summer weather makes July a perfect month to go to Portland.

July is the driest month of the year with rain being very rare and you will typically get a few days that go over the 90°F (32°C) mark so bring your sunscreen.

August is the hottest month of the year with temperatures nudging marginally higher than July.

The weather continues to be bright and dry - perfect for exploring the city or getting out of Portland to go on a hike.

Expect to spend a lot of time in the sun with a number of outdoor events in August as well as restaurants, bars and cafes setting up their tables in the sunshine outside.

Early September remains very warm, taking over from August with some days hitting over 85°F (32°C).

As the month progresses, the average temperatures drop to below 60°F (16°C) although it will remain relatively dry all the way through.

Fall season comes in October and the weather becomes changeable - temperatures can oscillate a lot with some days stretching above 80°F (over 27°C) while later on in the month, daily highs can sit a little above freezing.

Rainfall becomes more frequent in the second half of October announcing the arrival of the wet season in Portland.

The winter rains take hold in November as the temperatures drop.

Expect most days to have rain and unlike some other destinations, these rains come in slow drip-like fashion through the whole day rather than an afternoon burst.

Nighttime lows hit 41.4°F (5.2°C) with overnight frosts happening towards the end of the month.

December is the coldest and wettest month of the year in Portland. Daily highs average 45.1°F (7.3°C) while night-time lows are at 36.5°F (2.5°C) with frequent dips below freezing point.

While snow only happens occasionally, expect it to be icy with strong cold winds. 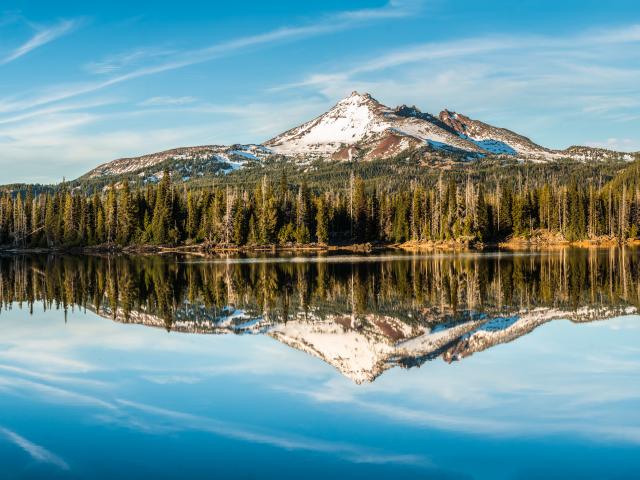 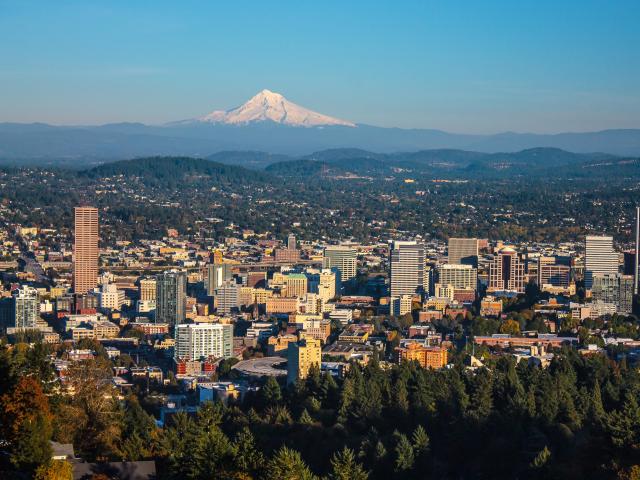 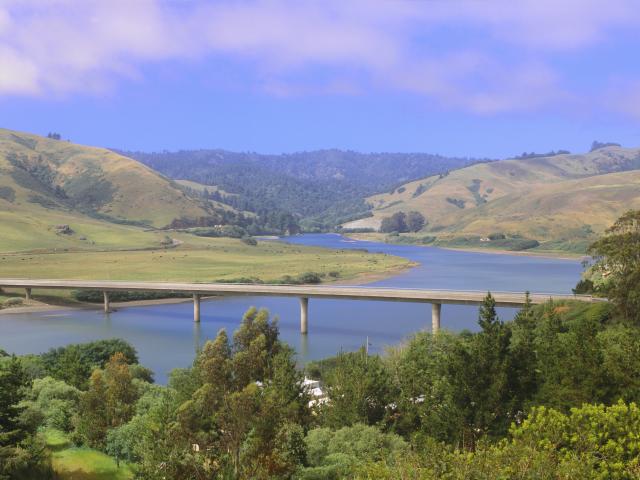 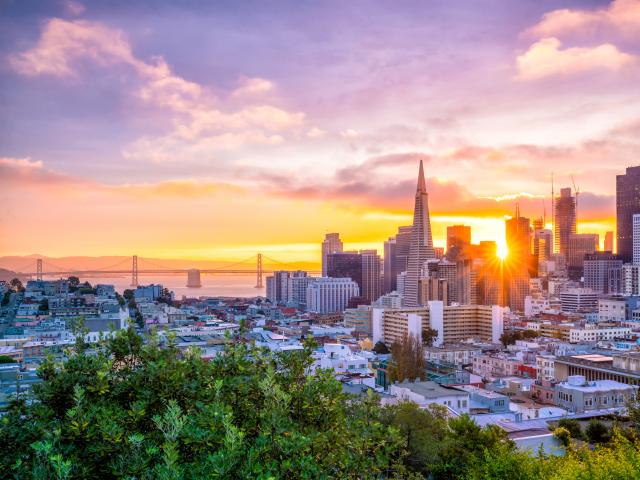 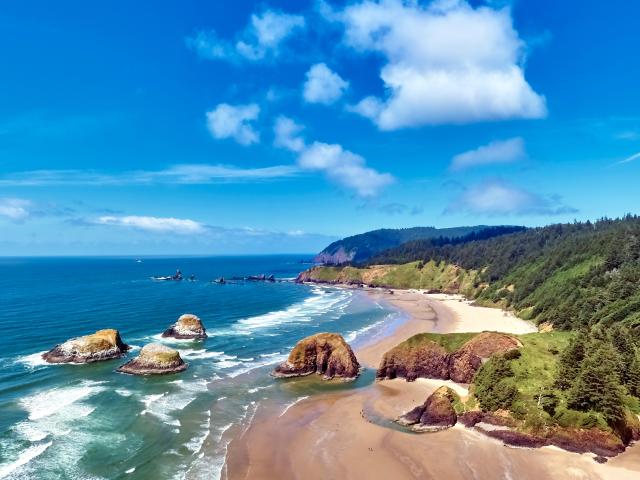