Canada is the world's second largest country and driving across it can be an amazing experience, seeing the beautiful nature and experiencing Canadian hospitality. Driving all the way through Canada is also a seriously long way and you may naturally wonder how long the journey will take.

Driving across the entire width of Canada from Newfoundland to the Alaska border takes 23 days on the road. If you want to spend time seeing and doing things along the way, visit cities and National Parks, allow 2 to 3 months to make the trip.

Depending on the route you choose to take, the start and end points and how much time you've got on your hands, there are a few different ways to drive across Canada that can take different amounts of time - read on to plan your road trip across Canada. 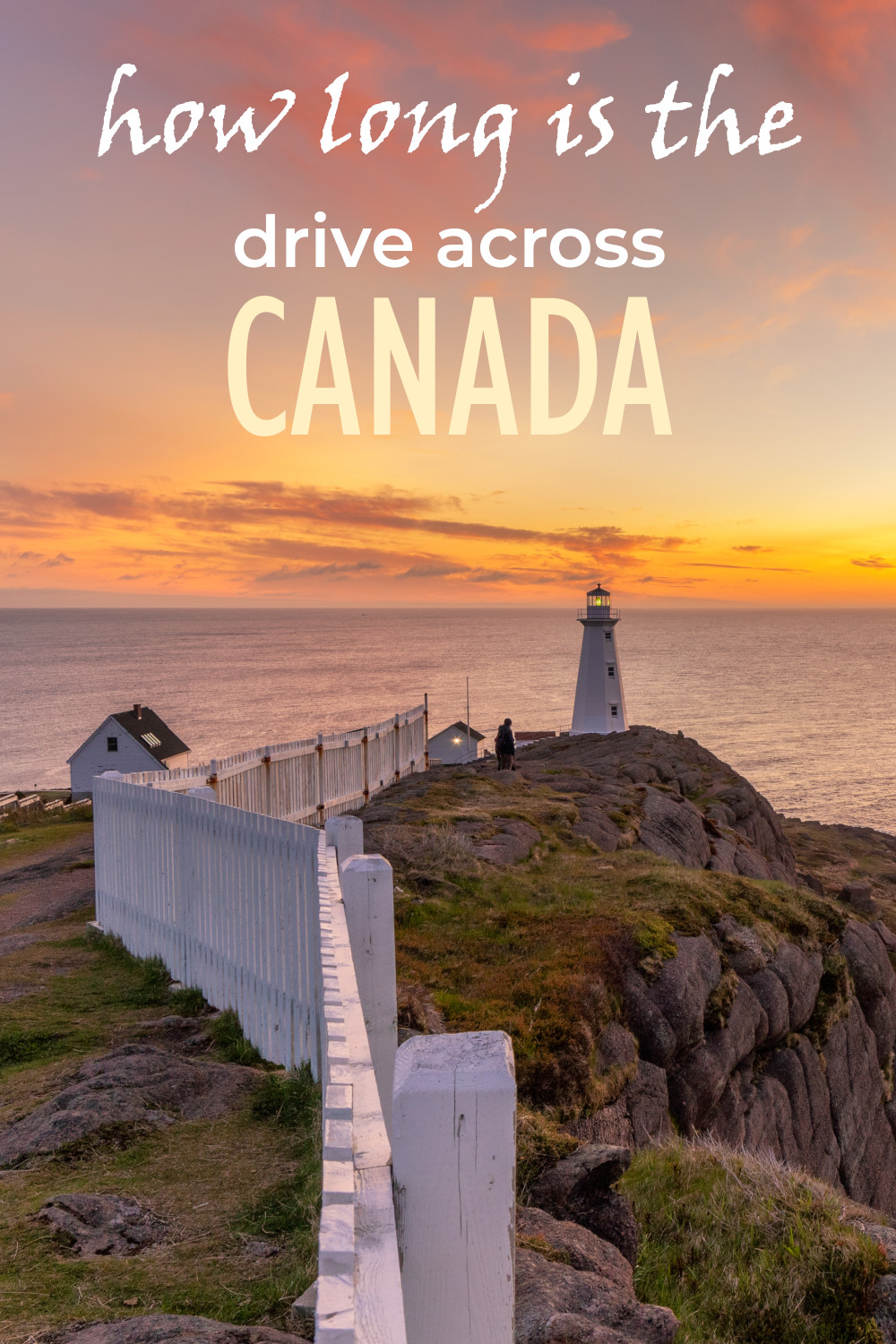 Time to drive across the whole of Canada

The time it takes to drive across Canada becomes a complicated question the moment you look at the map of the country. Covering a huge area to the north of the United States, defining exactly what driving across Canada means is a good starting point.

The most comprehensive answer is to drive from the easternmost point in North America in Cape Spear on Newfoundland's Avalon Peninsula all the way to the border with Alaska.

This route covers 8,581 km (5,332 miles) and would take at least 106 hours of pure driving time, including stops for petrol. If you add overnight stops and assume you won't want to drive more than 400 km (250 miles) on average per day, the drive across Canada will take over 3 weeks without taking any days off.

If you plan to actually see some sights along the way, stop in interesting cities and take time to explore the nature you'll be driving through, you will need at least 2 months and even then you'll spend half of your time driving!

Quebec City to Vancouver is a 4,806 km (2,986 mile) drive and using the same assumptions as above, will take 53 hours of pure driving time or 12 days on the road with overnight stops. Add in a few detours and stops along the way and you can comfortably do this route in 3 to 4 weeks.

The following table shows the driving times across Canada assuming overnight stops and accounting for things like ferries and different road types.

Is the Trans-Canada Highway the fastest road across Canada?

Most people don't know that the Trans-Canada Highway is actually not a single road that runs all the way across Canada. It's actually a network of highways that run the width of the country with a southern route running close to the border with the United States and a second highway further north. In western Quebec there are 3 parallel roads that all carry the Trans-Canada Highway name.

The only exception to this rule is the stretch around the Ontario - Quebec border. Taking the Trans-Canada Highway route through Virginiatown and Kenogami Lake will add around 3 hours to your journey. The faster route is to follow Highway 101 north from Rouyn-Noranda before taking Route 388 which later becomes Ontario Highway 101 all the way to Matheson.

While in eastern Canada, the Trans-Canada Highway runs all the way to St John's on Newfoundland, in the west, it ends in Victoria on Vancouver Island, so if you plan to drive north to Yukon and towards Alaska, you'll have to follow a different route.

Quickest route from the Atlantic to the Pacific coast of Canada

If you want to drive from one coast of Canada to the other, the best route is probably between Halifax, Nova Scotia and Long Beach on Vancouver Island.

There are other places that require less driving and may seem to be on the coast, but the Bay of Fundy, the Gulf of St Lawrence and the Strait of Georgia are not the real deal, so we went with proper ocean coastal locations.

Once you get to Horseshoe Bay, take the ferry to Nanaimo and then drive across Vancouver Island to Long Beach in the Pacific Rim National Park Reserve.

This route will take you around 17 days on the road without accounting for anything longer than an overnight stop.

How long to allow for a road trip across Canada

Driving across Canada can be a hugely interesting and fulfilling experience. Sure - you can set your sights on the finish line, swap drivers every few hours, eat sleep and basically live in the car and make the journey in as little as 3 days. But that's no way to do a proper road trip.

Driving across Canada, you will come across a huge amount to see. You will pass through amazing cities that you should spend time getting to know - Quebec City, Montreal, Winnipeg, Calgary and Vancouver are all en route and Ottawa is only a minor detour.

Then there's the Great Lakes on the border with the United States, huge nature reserves from Algonquin Provincial Park and Pukaskwa National Park north of Toronto to stunning protected valleys in British Columbia. The Rocky Mountains just past Calgary offer amazing landscapes and things to do.

We haven't even covered some of Canada's most famous sights including the Thousand Islands and Prince Edward Island wineries, driving Highway 93 up the Rockies to Jasper or spending some time on Vancouver Island!

If you really want to make the most of your drive across Canada, you'll want to add at least 10 days to explore the cities and towns along the way, around 3 weeks to visit the various National and Provincial Parks along the way and explore the country and and another week for the extra driving time with all the detours.

If you want to drive across Canada in style, see all the sights and visit its amazing cities, not rush and not drive crazy distances in short time periods, allow for 2 to 3 months to make the trip. Anything less than 2 months and you will feel rushed and have to miss out on some great places and things to do along the way. 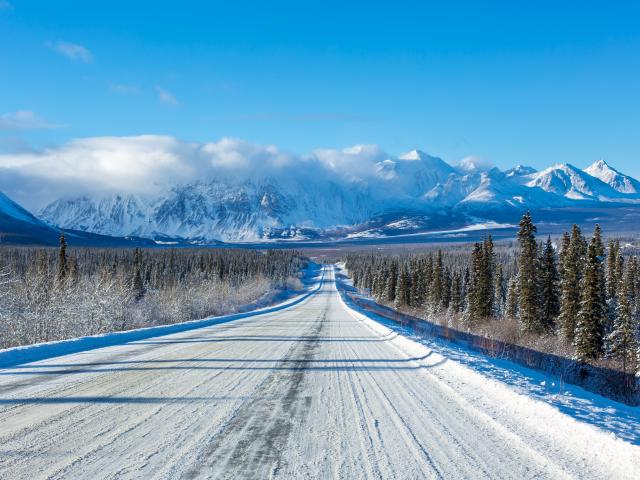 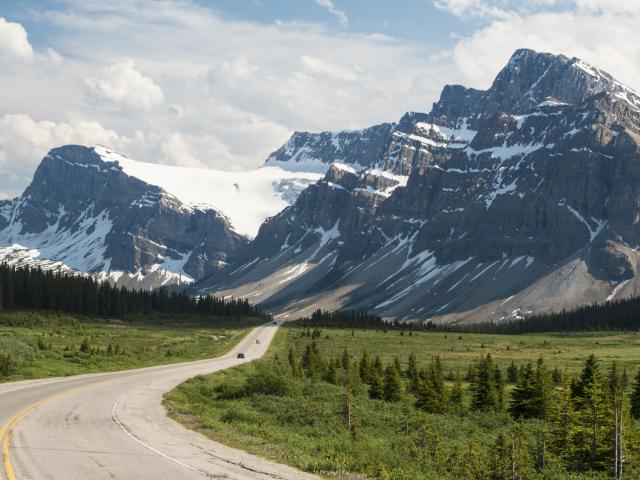 Can You Drive To Canada From The United States? 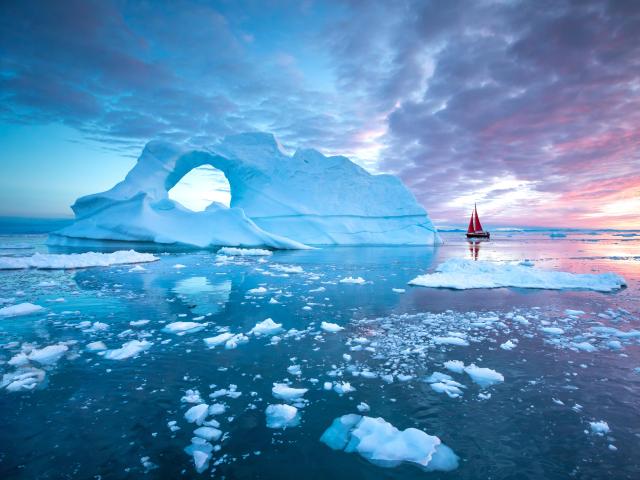 Can You Drive To Greenland?