A road trip from Chicago to New Orleans is an incredible journey between two of America's most legendary music cities.

The 975-mile road trip from Chicago to New Orleans takes 13 hours 30 minutes of driving without stops. You'll travel across 6 states, down the Mississippi River, from the Great Lakes on America's northern border to the Gulf Of Mexico in the south.

Read on to discover the best sights, sounds, and stops that await you on this amazing adventure.

How Far Is The New Orleans From Chicago And How Long Will It Take To Get There?

A journey this long is technically possible to complete in a day, but if you're in such a hurry to get down to New Orleans, you may as well catch a flight - a road trip is all about the journey, so take a few days to take it all in.

The most direct and fastest route is 925 miles long and features at least 13 hours 30 minutes of driving.

With the road trip from Chicago to New Orleans being somewhat of a musical pilgrimage complete with a small must-do detour, you will want to give yourself plenty of time to explore the amazing culture and scenery along the way.

The route we're going to take is a little longer at 975 miles and will take almost 15 hours driving from our starting point in Illinois through Missouri, Arkansas, Tennessee, and Mississippi before we arrive at our final destination in Louisiana.

This may be a long journey, but it's also likely to be one of the most straightforward you will ever take, at least in terms of the route that is.

In fact, you could even call it the long drive down 55, as we'll be taking the I-55 south, from its starting point in Chicago, all the way to its end, some 950 miles away in LaPlace, Louisiana.

From here, it's a simple 29 miles east on the I-10 to our final destination in New Orleans.

For those with a little more time, you really have to explore more of the Mississippi River. Although it will add about 4 hours of driving, following the twists and turns down the Great River Road is guaranteed to be the best road trip you have ever done.

As you get further south and pass Natchez, you'll be passing many of the country's best-known plantations, and it's well worth taking the time to learn and understand the rich history of the Mississippi Delta.

Although the route down to Memphis will be largely similar (depending on how closely you want to follow the river), follow US-61 and Highway 1 that will eventually take you to Vicksburg and Natchez before following the Great River Road through Baton Rouge all the way to New Orleans.

Best Places To Stop Between Chicago And New Orleans

As I mentioned at the outset, this is a journey best split into at least 4 days, so here are three great places to stop along the way.

With us traveling between two Chicago and New Orleans, two cities with such rich musical heritage, it seems only right that the places we stop in live up to the journey that we're undertaking.

That's why below you'll find the three best places for a longer stop on the journey, that all hold their own significant places in American musical history - you'll notice the slight bias towards Blues. Sue me.

The second-largest city in the state of Missouri, this incredible city's claim to fame is its Gateway Arch.

The Gateway Arch is an astounding 630-foot piece of architecture on the banks of the Mississippi River and lays claim to being the tallest arch in the world. It represents the city's heritage as the gateway to the west, the last vestige of civilization during the westward expansion of the 1800s.

However, for a trip like ours, that isn't the only historical significance this city holds. The St. Louis Blues may be the name of the city's NHL franchise, but it comes from the city's history with music, most specifically the blues genre.

Take this opportunity to see some of the city's famous musical locations, like the remnants of gaslight square, where artists performed during the boom period of the 50s and 60s.

Have an evening out at Blueberry Hill, the legendary music club where the godfather of rock and roll Chuck Berry continued to play until he passed away at the age of 90. There's even the St Louis Symphony, home to the second oldest symphony orchestra in the United States.

Wherever you look, there's musical history just waiting to be discovered.

With an experience like this, the accommodation needs to be special too, which is why I would recommend staying at the best hotel in town - the Four Seasons St. Louis.

A rooftop pool and bar offer phenomenal views of the city with the Gateway Arch right in front, and the rooms are hands down the most luxurious in St. Louis.

Best of all, seeing as we're on a road trip, the parking at the large car park right next door is super easy and free, or you can use the valet service instead if that's your thing.

A little over 4 hours driving further south from St Louis brings us to Memphis, the second-largest city in the state of Tennessee after Nashville.

This is a city where music isn't just one of its attractions; it's the main event. It features a prominent music scene, particularly in rock and blues, where the unique Memphis Blues genre originated.

A stroll down the legendary Beale Street will reveal numerous historic clubs, just waiting for you to come in and experience what Memphis music is all about.

However, for most, the main attraction lies in the south-western part of the city. That's where you'll find the world-famous Graceland.

A 16.8-acre estate, this was once the home of legendary musician and the king of rock and roll himself, Elvis Presley.

5 years after his death in 1977, his daughter converted the mansion into a museum to his legacy, containing countless musical artifacts, displays and rooms still styled as he left them all those years ago.

If you want to live a piece of music history, there's no better place to do it than here. Graceland is such a popular attraction that it welcomes over 650,000 visitors per year, making it the second most visited home in America, behind only the White House.

To make the most of the music, bars, and restaurants in Memphis, you want to stay somewhere within walking distance of the main sights.

Arrive Memphis is a brand new hotel with a seriously cool design, luxurious quirky rooms, great breakfast, and a dedicated parking lot a few minutes away, which is seriously rare in downtown Memphis.

Take a stroll in the City With Soul - Jackson, Mississippi

The final stop I'm going to recommend lies another 3 hours and 210 miles down the road in Jackson, Mississippi.

The capital and largest city in the state of Mississippi, Jackson might not be quite as famous as the other musical cities on our trip, but that doesn't mean its history is any less important or exciting.

Known as the City With Soul, Jackson is an important location for musicians involved in blues, folk, gospel, and jazz.

It is a prominent spot on the Mississippi Blues Trail, a commission designed to note the most important locations in the development and evolution of the blues genre in Mississippi (and sometimes even beyond state lines) from its origins to the present.

While there are plenty of things to explore and learn around the city, its most prominent attraction is probably where the marker itself lies - on the site of the historic Subway Lounge.

Located within the Summers Hotel, one of the only establishments open to African Americans in the 1940s, the lounge burst into life during the 60s and was one of the city's most important locations for blues performers well into the 1980s.

Unfortunately, you can no longer stay at the Summers Hotel, as it doesn't exist anymore but to soak up the history and culture of the Deep South, you can stay in the lavish historic Fairview Inn.

This Colonial Revival Mansion dates back to 1908 and offers a mix of modern amenities with the classic charm of local history. It's a little way out of downtown, but you get free super convenient parking on-site.

You'll want to take an Uber into town if you want to have a meal with drinks, but that's about the only downside.

If you do break up your journey into shorter drives with stops along the way, you will buy yourself time to explore some of the amazing sights, cities and nature along the route right down the middle of the United States.

As the majority of the attractions I mentioned at our overnight spots were very music centred, there is also a little more variety here, as the last thing you want on such a fabulous trip is to not explore the diverse landscape you'll be traversing because you're solely focused on one thing.

With so much on offer, it's impossible to put together an exhaustive list of everything there is to see on this incredible journey. However, the 16 items on this list are the highlights of the lot and are stops well worth factoring in if you possibly can.

Going from city to city, there's no real wrong time to make this trip, as most of the attractions at your destination don't rely on the weather to be a success.

However, this is New Orleans we're talking about, which can be notoriously bad during its rainy season. That's before we even factor in that many of the attractions I have suggested along the route are outdoors.

That's why the best times to go are either very early or late summer, with April to May and September to October being the windows that give you the best temperature and rainfall combination to make your trip a success.

Beware that if you're going in the winter, you'll be going from freezing cold Chicago to a rather balmy New Orleans that averages daily highs of 62 °F (16 °C) in January. You'll need to bring clothes for every season if that's what you're planning! 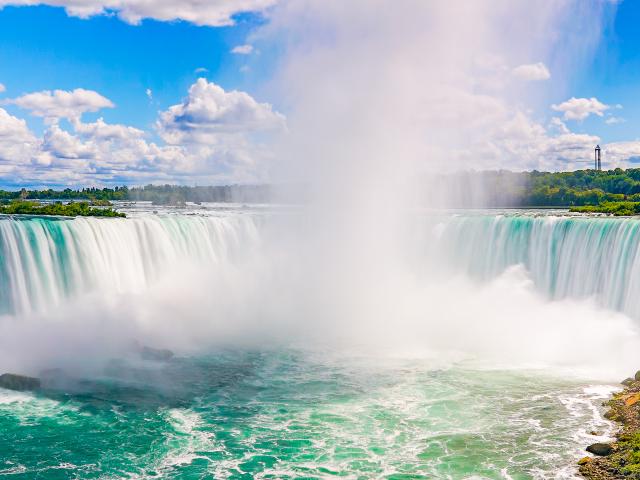 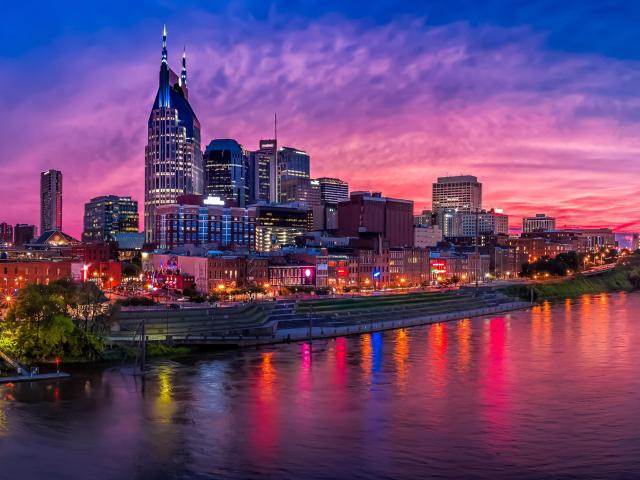